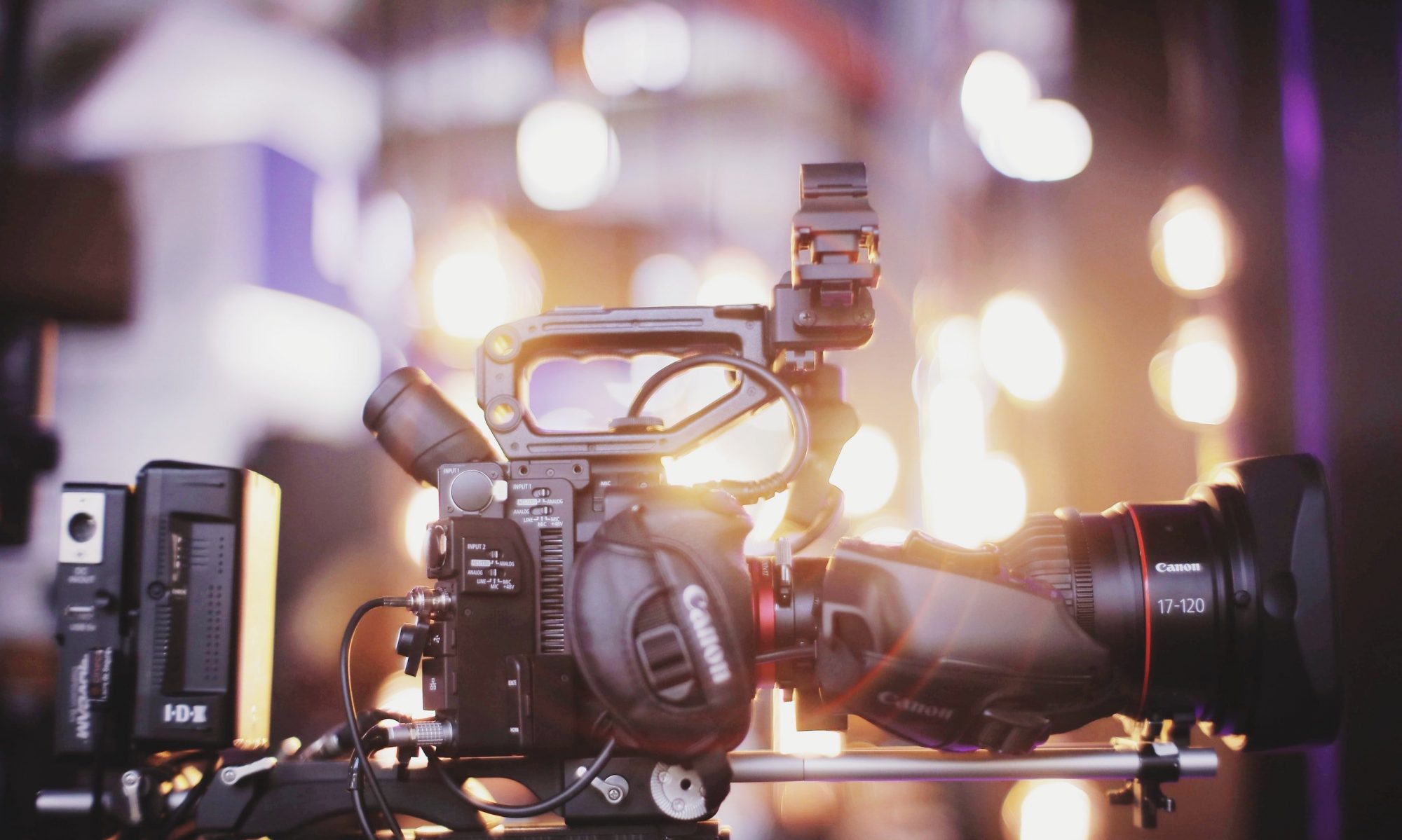 The Blueberry Farmer Documentary is streaming now on TubiTV! Click on link below to watch trailer and/or purchase digital copy or DVD. 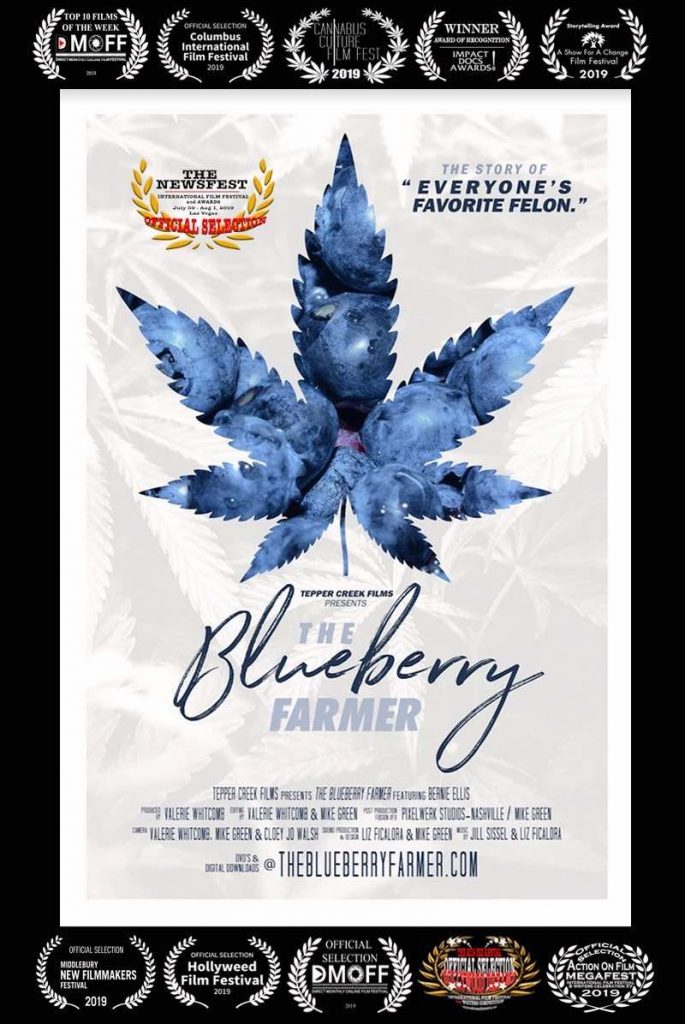 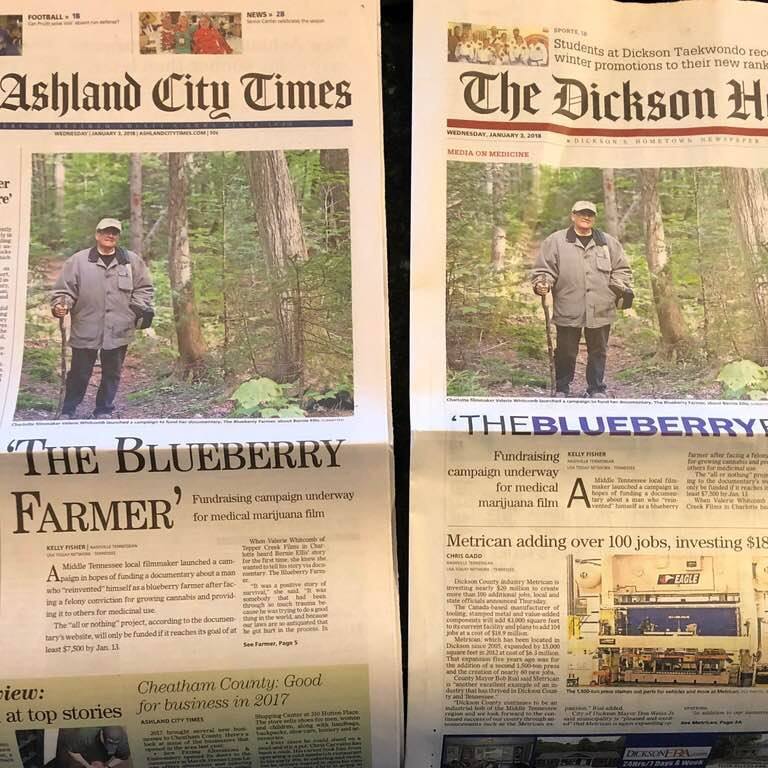 The story begins in a former moonshine holler in the hills of Tennessee along side the Natchez Trace, a place called Trace View Farm. Formally owned by Betty Kelly, the county midwife, and her husband. Over her lifetime she birthed over 500 babies and according to Bernie Ellis, the current resident, only lost one.

This is Bernie’s story though, told as only he can tell it. Nashville press once called him “Tennessee’s favorite felon.” He has endeared himself to hundreds of people in his community over the years that have come to know his story and love him. When he asked people he knew to step forward and write a letter on his behalf for his court case, hundreds did so including the owner of the local town diner and the county sheriff.

Bernie was bush hogging a pasture in 2003 when he noticed a helicopter circling above him. When it lowered to just over the tree tops in a tight circle, he knew his life was about to change forever. Trace View farm was raided by the police that day and about 90 cannabis plants were confiscated as evidence by the police. For almost 15 years, Bernie had been growing medical marijuana. Besides using it himself for his own ailments, including degenerative spine and fibromyalgia, he was delivering it for free to terminal AIDS and Cancer patients that he knew.

Turns out, Bernie knew a lot of them. He worked, before his arrest, for Vanderbilt and then the CDC, setting up Tennessee’s AIDS program during the height of the epidemic. He knew a lot of people that were dying and suffering and he also knew pot could help them.

He went from earning over $100,000 per year in his field to living on food stamps unable to find work with an arrest record.

Through it all, Bernie stayed sober after battling his addiction to alcohol and instead of giving up, he reinvented himself as an organic blueberry farmer. As you enjoy a meal at many of Nashville’s fine dining establishments today, Bernie’s blueberries are probably on the dessert menu.

This Documentary is about how he saved his farm, saved his own life and continues to fight for social justice and the legalization of medical marijuana to this day. It’s about a community of people that support him in his efforts and about the ghost of Mz Kelly that watches over him and the beauty of Trace View Farm.

This film is also about changing hearts and minds and changing the law. It is time to overturn the prohibition of a plant. It is time to recognize the benefits of medical marijuana plants that can help a lot of people. The most powerful way to influence people is by actions and by telling stories. It is my hope that by telling Bernie’s story, it can add to this conversation and help bring change in our drug laws in this country

“I’ll be Thinking of You”

Val’s Grammy nominated CD GOODWOMAN BLUES as well as, her latest CD BETWEEN THE SMOKE & TEARS, are available in online store here.

Jill Sissel wrote and sings The Tennessee Farmer in the movie. Liz Ficalora shares cowriting credits as well. Jill is an award-winning songwriter and has been writing and performing her acclaimed Americana/ Blues music in the Nashville area for more than 18 years.

Jill recorded her first CD, “The Builder”, in Salt Lake City, in 1998 which JPFolks nominated for Best Americana Album. Her 2nd CD, “Love Knows No Distance,” also garnered a nomination for Americana Album of the Year by JPFolks in 2001. From the 2003 CD, “Out of Nowhere”, the song, “Too Soon to Say” was noticed by JPFolks as a top finalist in the female singer-songwriter category.

In 2017 her album, “Haunted Highway” has been nominated by JPFolks for Best Americana Album, and the 5 songs from that album are also in contention for Best song in four categories including “Here She Comes” (COUNTRY); “The Bottle or the Bible” (SPIRITUAL); “Texas Moon” (NEW FOLK); “One Foot in Front of the Other” and “Now’s the Time” (POSITIVE).

Her instrumental talents include Guitar, (Electric and Acoustic), Piano, Keyboards, Bass, Harmonica, Wood Flute. Performing as a single or with her band, Jill Sissel is well recognized for her energy and powerful guitar playing. 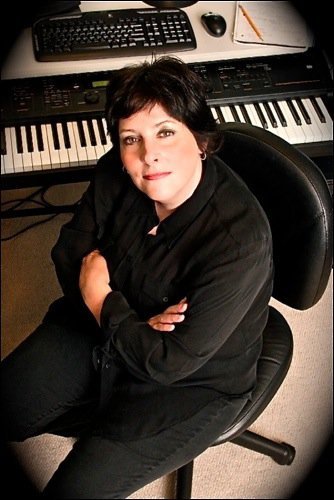 Liz has a bachelor’s degree from the Berklee College of Music majoring in Music Education and is a published author with Alfred Publishing.

As a writer, she is a First Place Award Winning Jingle Writer for Maxwell House Coffee.

As a performer, she has extensive world touring experience with Stella Parton, Charlie Louvin, Walter Egan, Carnival Cruise Line and Grand Rivers Variety Shows, Calliope’s Children Steel Band and the band Sterling. She is a member of the Nashville Musicians Union, PAS, ASCAP/Writer/Publisher and Cubase Club. She produced The Paint Sisters with John Carter Cash and is currently producing album projects for Nashville artists in her studio with her production company Sappho’s Productions.

Liz is a native New Yorker and is currently living in Nashville TN to be closer to the touring and songwriting industry.

Michael Green is a 35+ year veteran of the video, film, and recording communities. He currently serves as director of technology / broadcast operations at the SoBro Media Group a WordPress Service Bureau, and founder of the Pixelwerk Studios. He has worked in many facets of video and media including corporate communications, broadcast television, on line training application development, and musical entertainment productions as an editor, director, DP, and audio specialist.

Formed in 2018, The Pixelwerk Studios is a full service production company based in Nashville, TN, that specialize in combining the strengths of video, rich interactive media, with the immediacy of webcasting and social media. It’s facilities and equipment are used by independent producers, 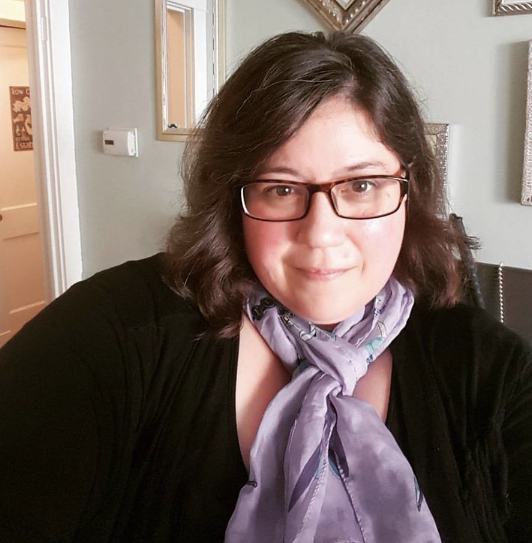 Angie Schleicher is a Virtual Assistant with a background in freelance web site development, graphics design, and database administration.

Angie is an avid animal rights advocate, human rights advocate, and has a passion for art in all its many forms. Her art has been featured in a few art shows in the Nashville area, including the nationally recognized Pancakes & Booze Art Show.  As she adjusts to incurable vision loss from an inherited retinal atrophy, she has shifted her artistic focus to digital art and fiber art. Angie believes that vision loss is not the end of the world, even for a visual artist, and strives to help others adapt and adjust as she has. She is a born and raised Nashville, TN native, currently living in Cleveland, OH with her wife, Macey and their two dogs, Elsa Mae and Arlo. 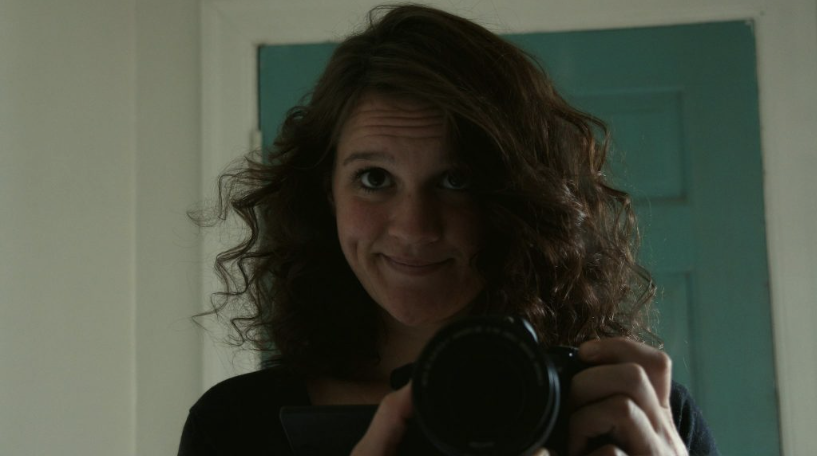 Cloey Jo Walsh is a world traveling camera operator/ videographer, currently based Nashville, TN. Her strongest attributes are her handheld camera operation, and her ability to maneuver herself to get the shot in difficult situations and circumstances. 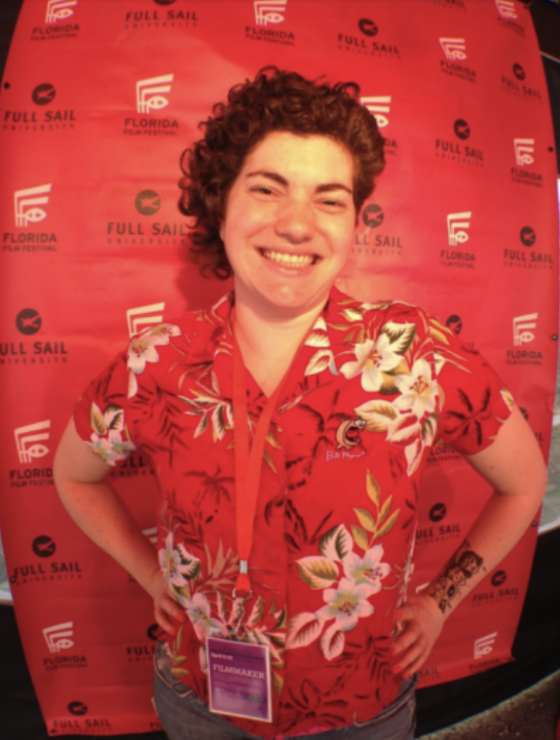 Alexia Anastasio an independent female filmmaker and producer best known for her internationally celebrated documentary, Adventures in Plymptoons. As a social media networking ninja, Alexia mentors the next generation of female filmmakers on how to leverage their social presence to fund their own creative projects, giving them ultimate financial and creative freedom. 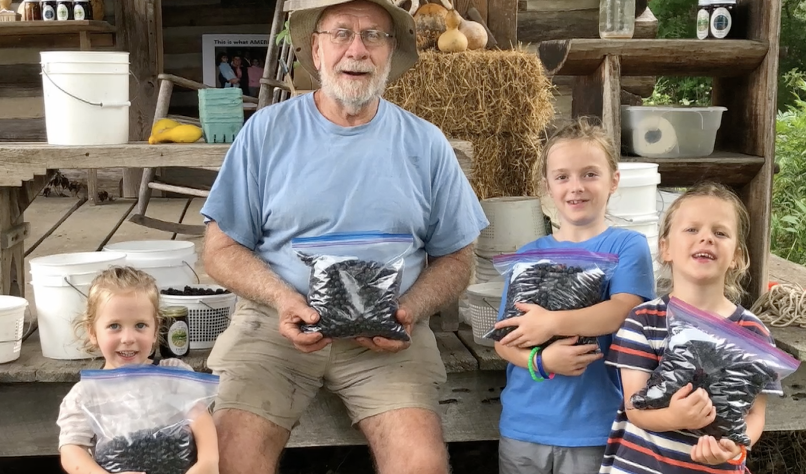 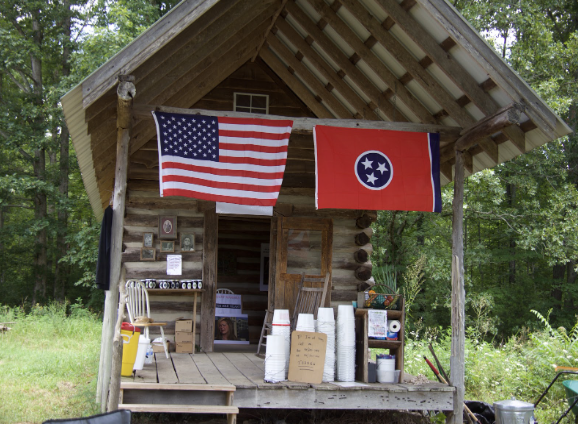 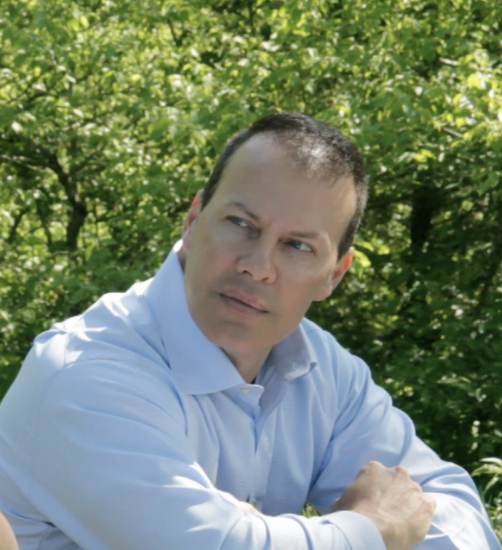 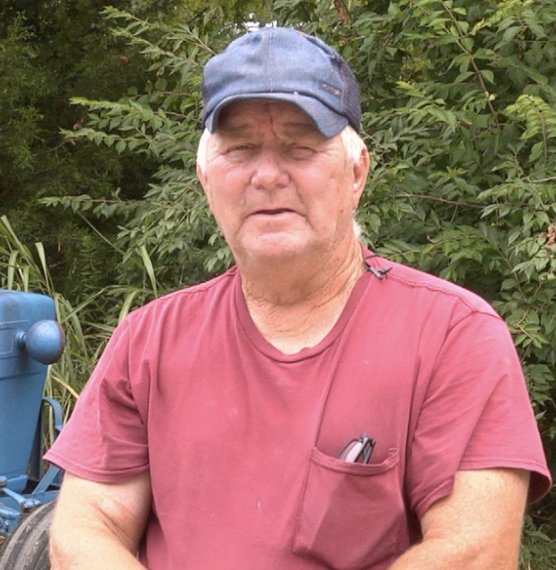 Fundraising for the film 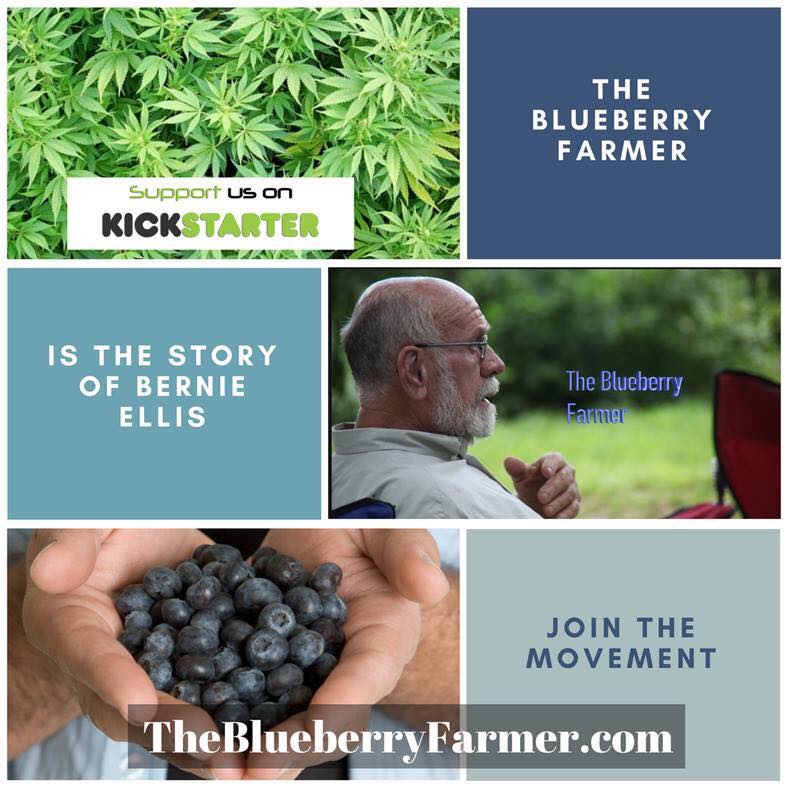 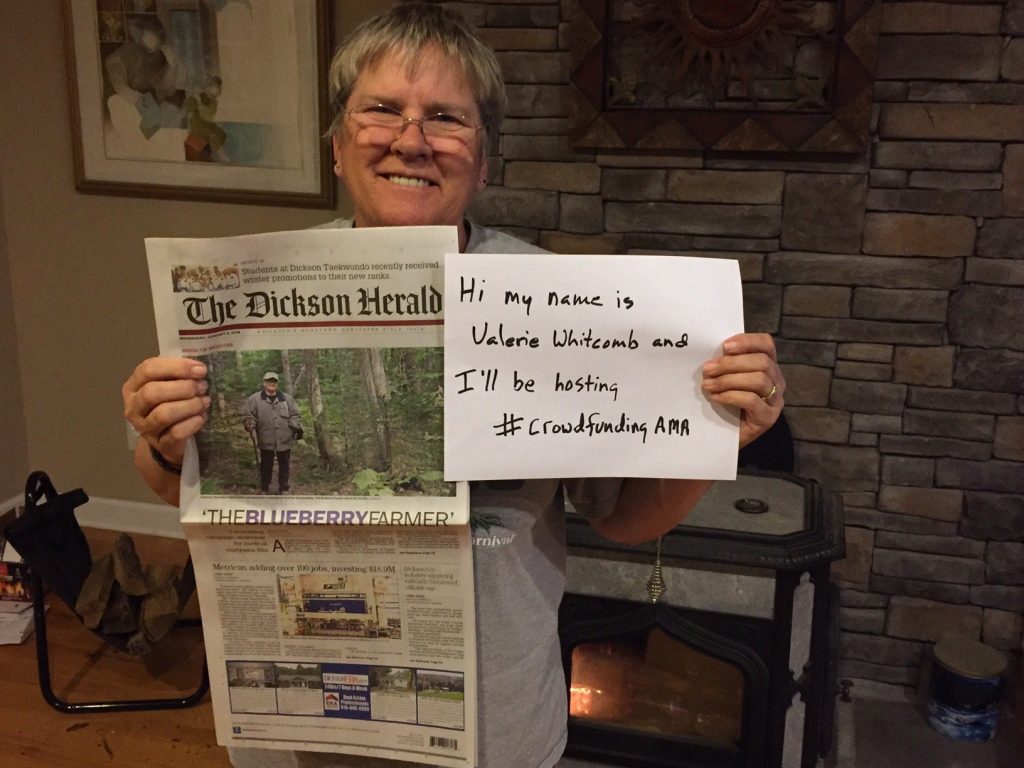 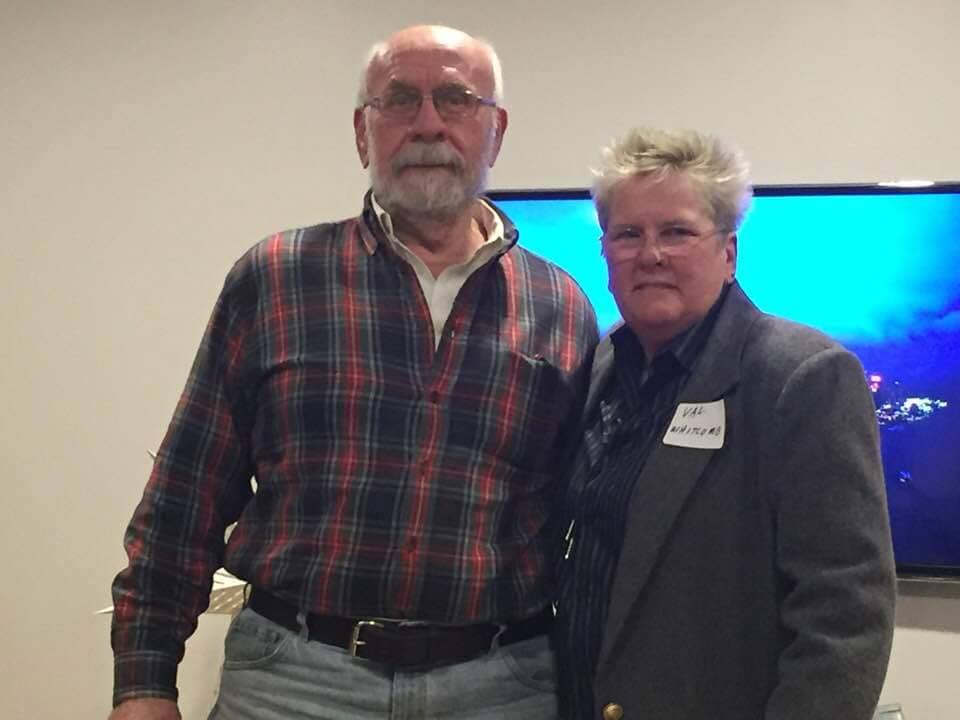 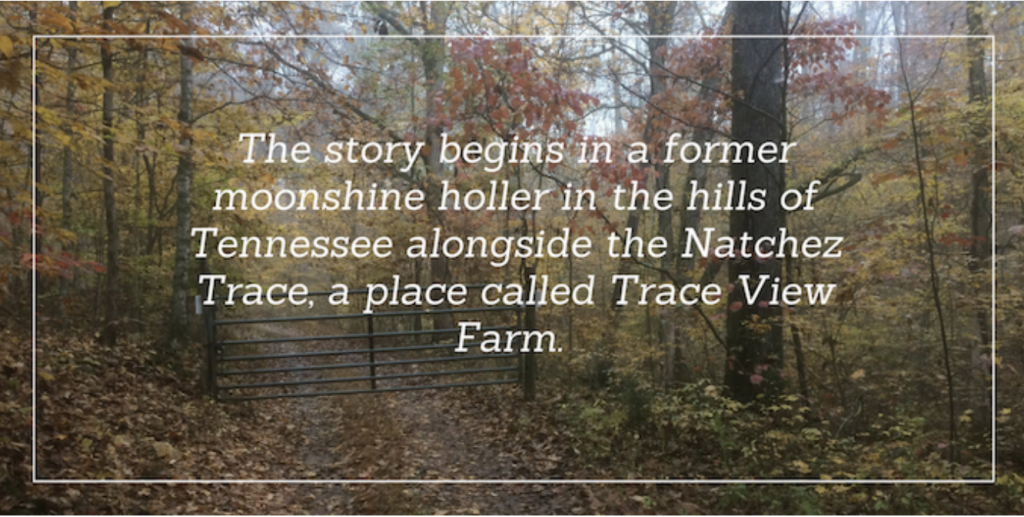 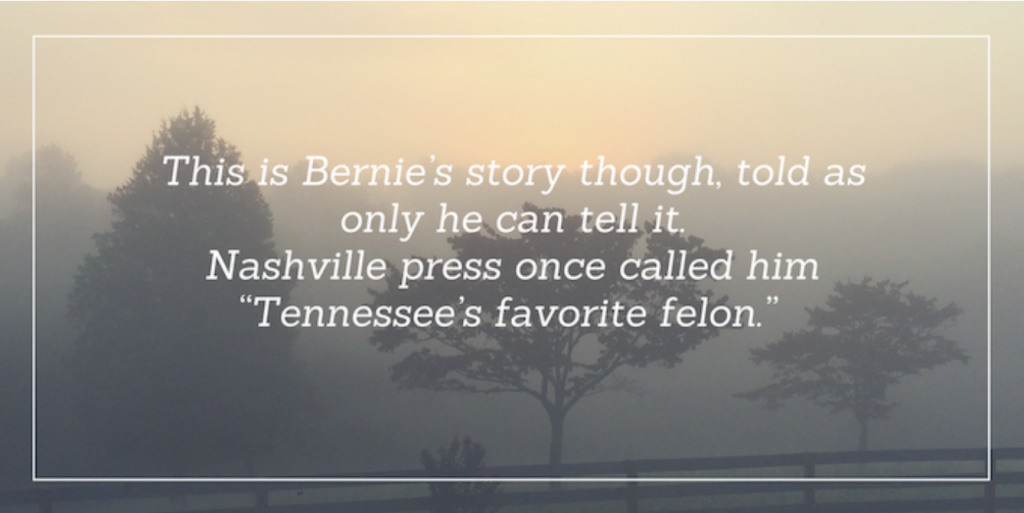 I chose Kickstarter as the fundraising platform and in the end, we met and exceeded the fundraising goal. As a result, Kickstarter gave us a permanent page on their site. Thank you to all the sponsors who contributed to funding this project. Without your support we couldn't have made this film.-Valerie Whitcomb/Filmmaker

The Film Festival Circuit... (Taking it on the road) 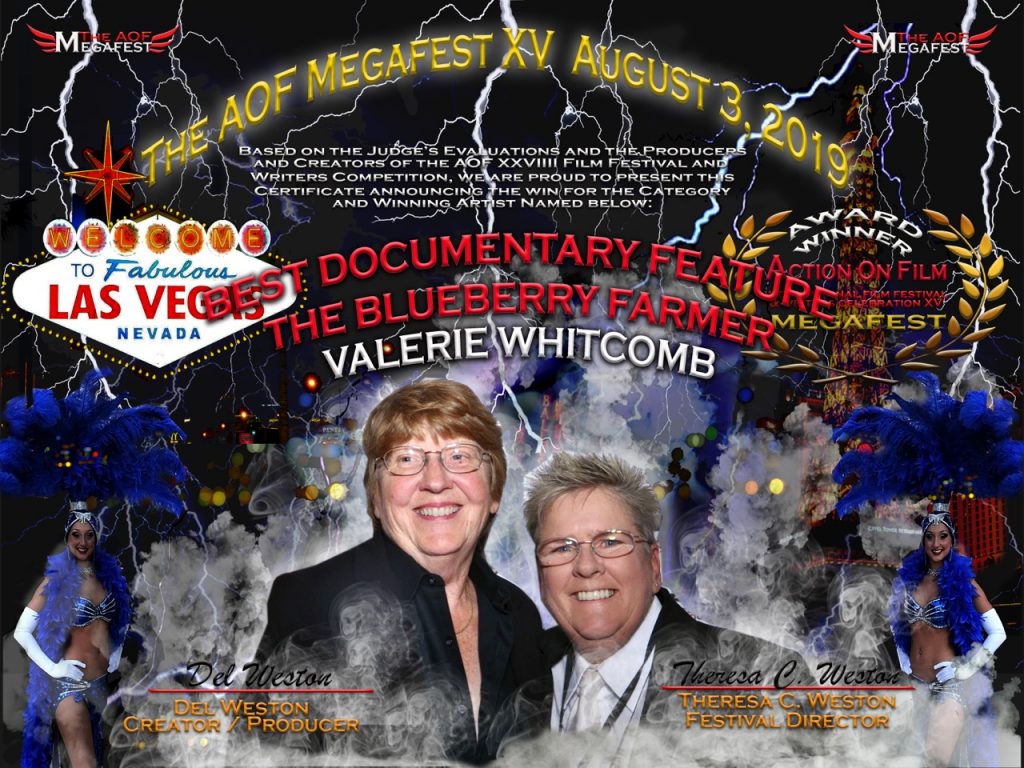 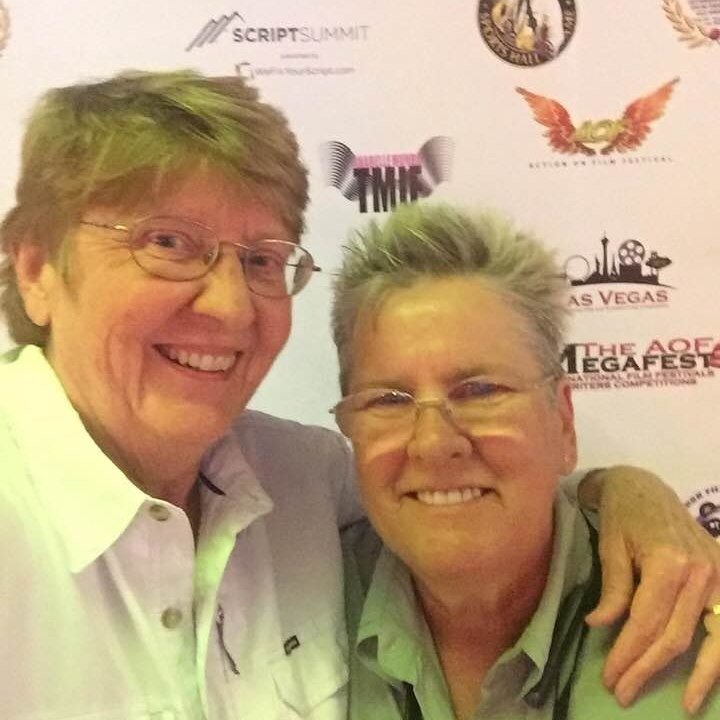 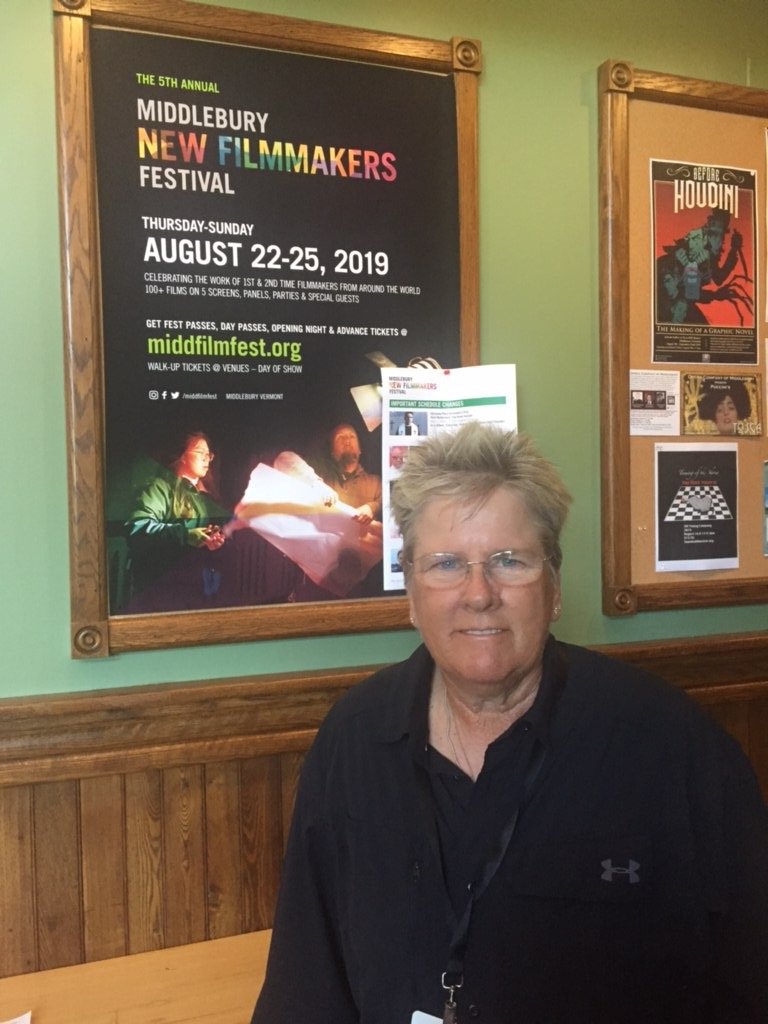 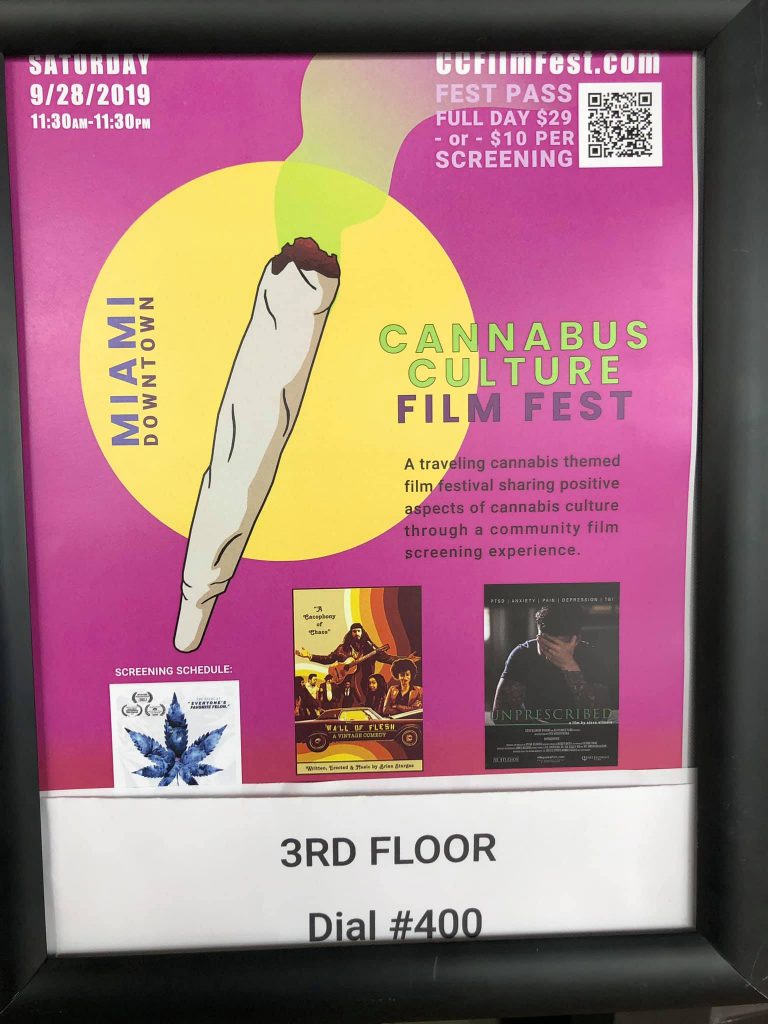 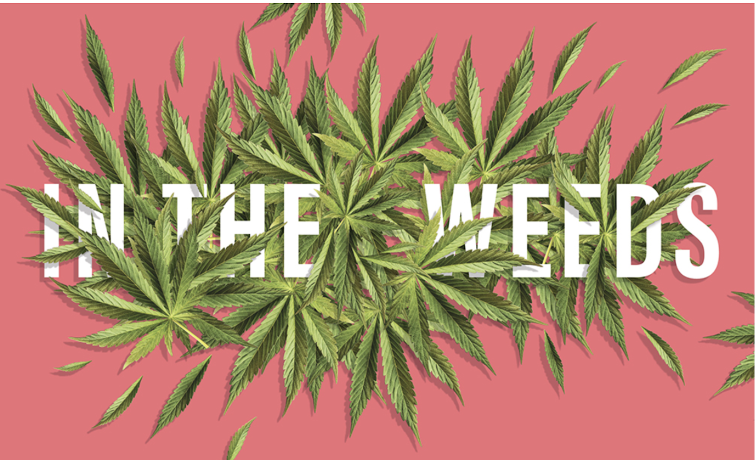 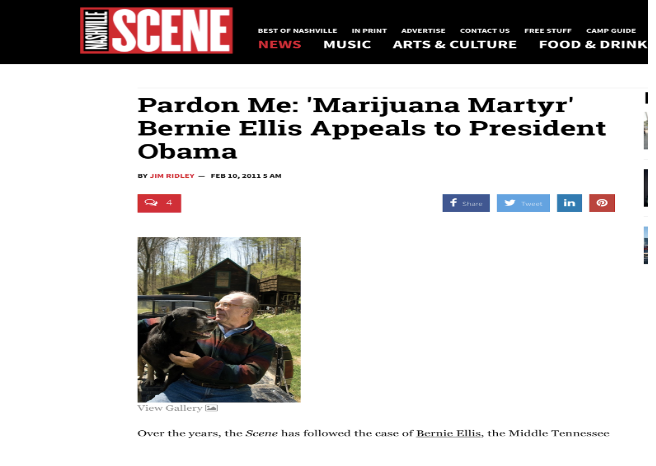 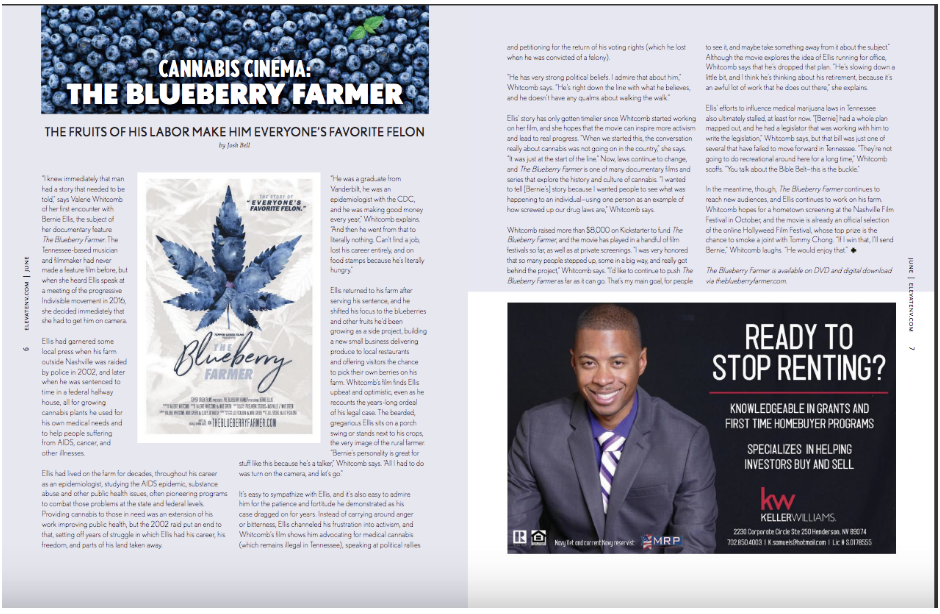 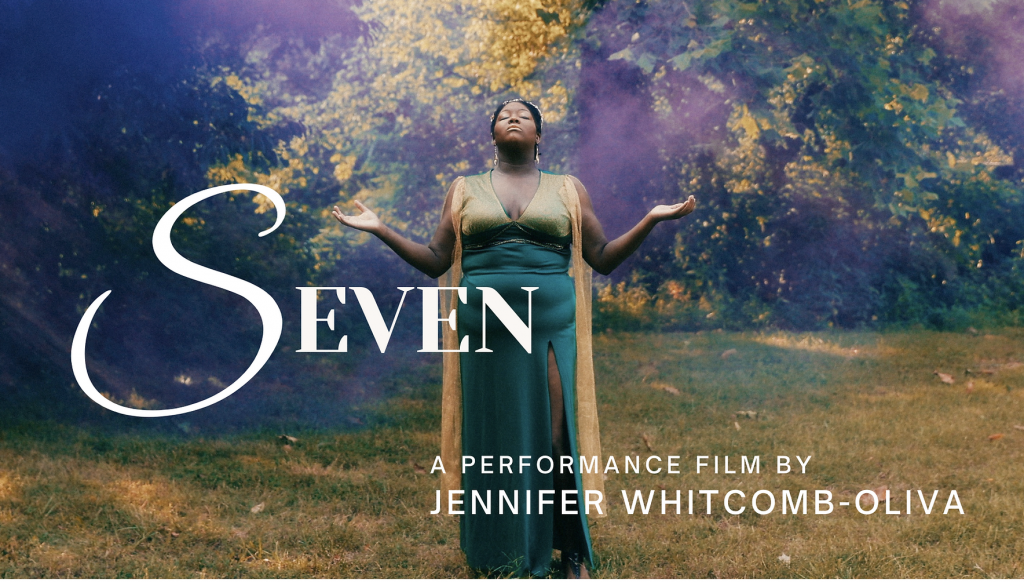 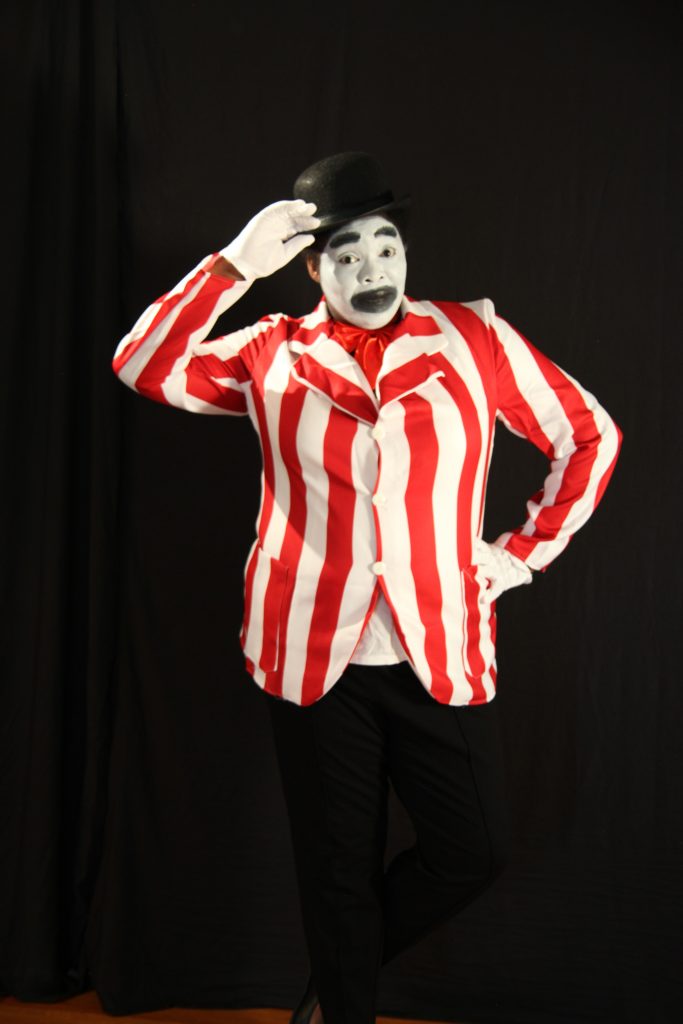